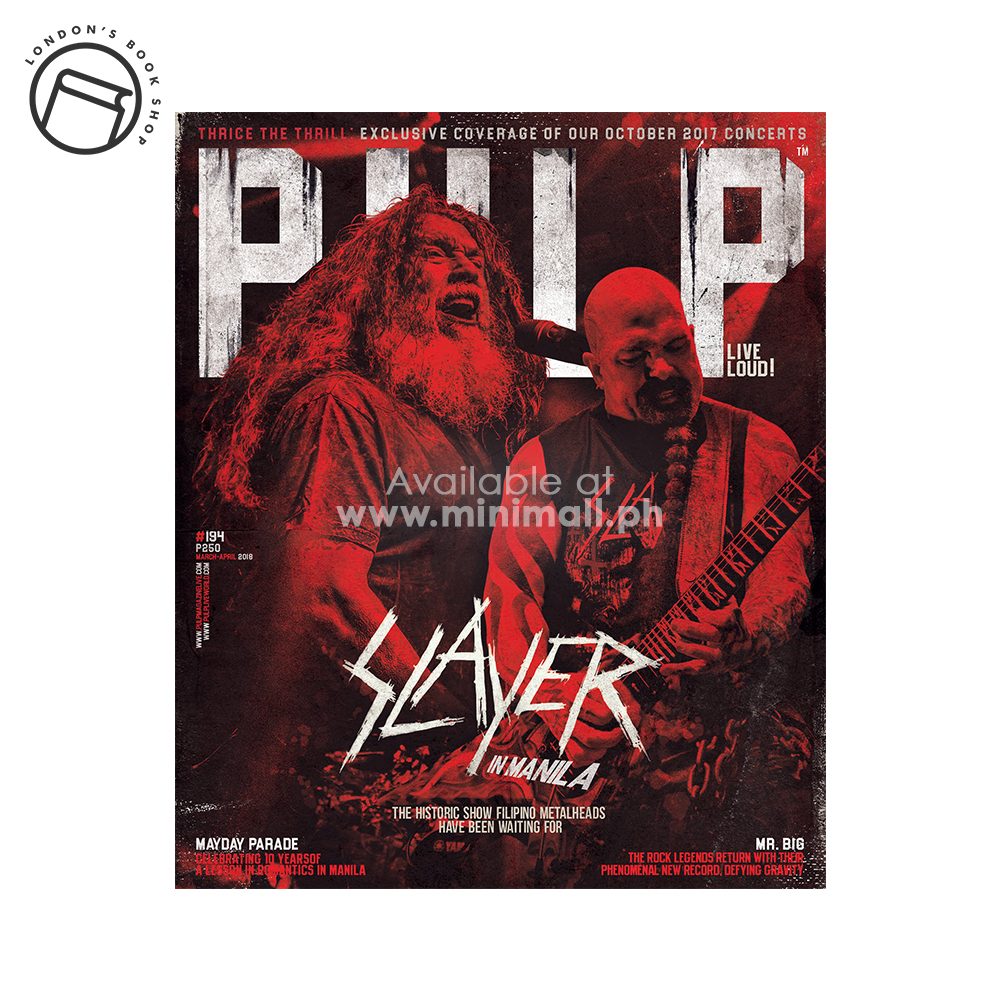 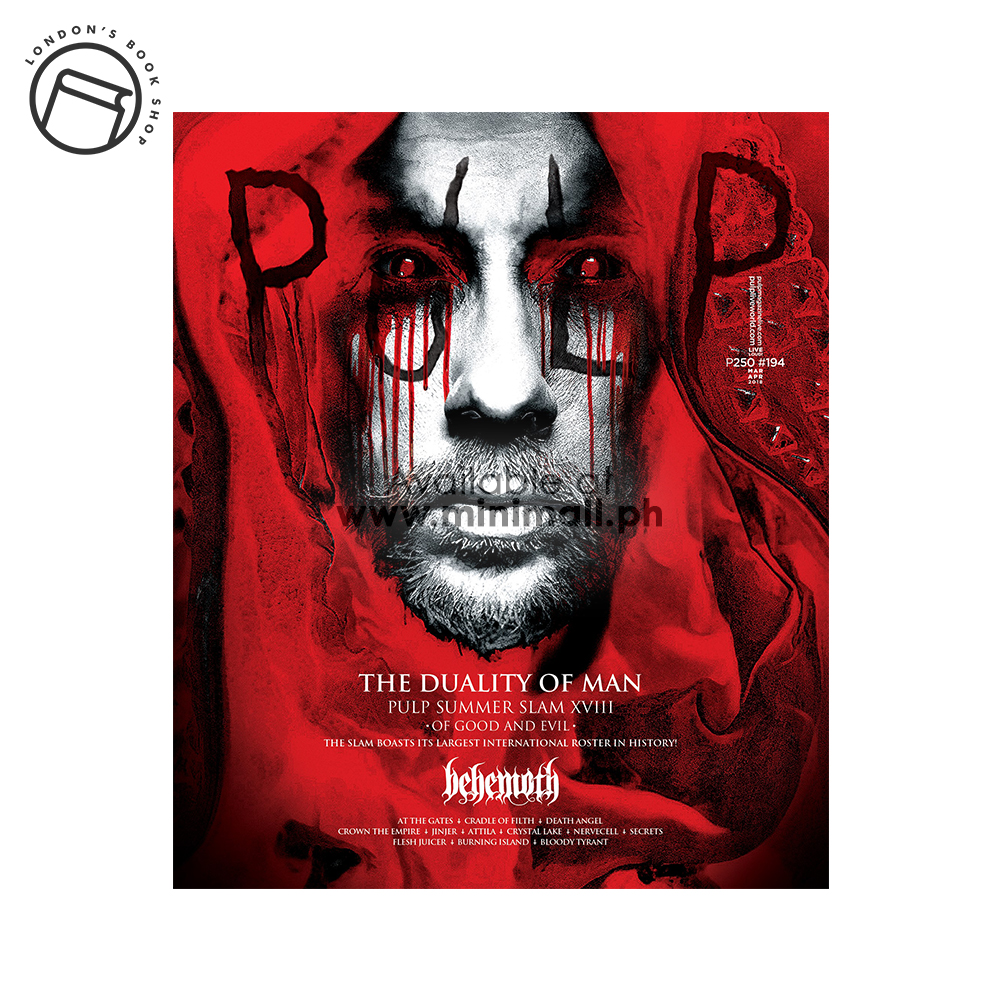 BEHEMOTH
Nergal’s narrow escape from the clutches of death gave us The Satanist, Behemoth’s dark and defiant magnum opus.

AT THE GATES
Tomas Lindberg talks death metal and their upcoming album, To Drink From The Night Itself.

CRADLE OF FILTH
Another PULP SUMMER SLAM comeback we’ve all been waiting for. The Manila stop of the Cryptoriana World Tour is fast-approaching!

DEATH ANGEL
The PULP SUMMER SLAM veterans return! We’re so pumped for the homecoming of our brothers in Death Angel!

ATTILA, SECRETS, CROWN THE EMPIRE
The metalcore bratpack are coming to the Slam to give you your biggest hangover yet.

SLAYER
The Thrash Metal Gods bow out with their first (and possibly final) show in Manila. We look back with broken necks at this mind-blowing night.

MAYDAY PARADE, MR. BIG
We remember two shows that will go down in history: a powerful night of emo nostalgia, and the last time Manila got to see the late, great Pat Torpey.

LOOKING AFTER YOUR BODY: AN OWNER’S GUIDE TO SUCCESSFUL AGING BY READER’S DIGEST EDITORS